Why Life After Death is Absurd. 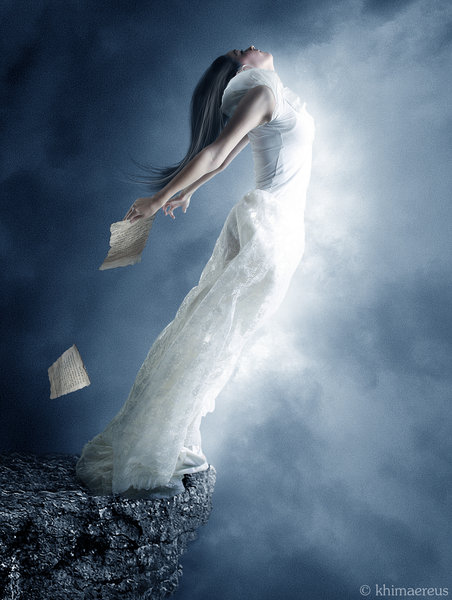 One of my greatest joys as a blogger is when I encounter an argument that is so good — so refined and elegant — that I have nothing to add.  I’ve found one at Scientific American.  Sean Carroll, of the California Institute of Technology, has explained why it is philosophically inconsistent to remain agnostic about the existence of life after death.

Adam claims that there “simply is no controlled, experimental[ly] verifiable information” regarding life after death. By these standards, there is no controlled, experimentally verifiable information regarding whether the Moon is made of green cheese. Sure, we can take spectra of light reflecting from the Moon, and even send astronauts up there and bring samples back for analysis. But that’s only scratching the surface, as it were. What if the Moon is almost all green cheese, but is covered with a layer of dust a few meters thick? Can you really say that you know this isn’t true? Until you have actually examined every single cubic centimeter of the Moon’s interior, you don’t really have experimentally verifiable information, do you? So maybe agnosticism on the green-cheese issue is warranted. (Come up with all the information we actually do have about the Moon; I promise you I can fit it into the green-cheese hypothesis.)

This is the crux of the matter.  We don’t “know” the moon is not made of green cheese because we’ve physically sampled every atom of the moon.  We know it because the green cheese proposition would require nothing less than the entirety of Standard Physics to be utterly and completely wrong.  Similarly, we don’t “know” there’s no life after death because we’ve been there and verified it first hand.  We know it because for it to exist, the entirety of both the Standard Model and Quantum Mechanics would have to be wrong.

Here is the equation that tells us how electrons behave in the everyday world:

Don’t worry about the details; it’s the fact that the equation exists that matters, not its particular form. It’s the  Dirac equation — the two terms on the left are roughly the velocity of the electron and its inertia — coupled to electromagnetism and gravity, the two terms on the right.

If you believe in an immaterial soul that interacts with our bodies, you need to believe that this equation is not right, even at everyday energies. There needs to be a new term (at minimum) on the right, representing how the soul interacts with electrons.

These two paragraphs are the death knell for the soul.  The fact is, our description of matter/energy works, and it works precisely.  There is no hole to be filled with another term.  Another term would throw off the equation, such that it would not work precisely as it does in its current form.  This is basic mathematical necessity.

We are allowed — indeed, required — to ask how claims about how the world works fit in with other things we know about how the world works. I’ve been talking here like a particle physicist, but there’s an analogous line of reasoning that would come from evolutionary biology. Presumably amino acids and proteins don’t have souls that persist after death. What about viruses or bacteria? Where upon the chain of evolution from our monocellular ancestors to today did organisms stop being described purely as atoms interacting through gravity and electromagnetism, and develop an immaterial immortal soul?

And so it goes for all of the sciences.  There is simply no gap for which anything approaching a soul would be a suitable answer, and soul advocates don’t even have a defined term with which to begin postulating the mathematics of how a soul interacts with the universe.  In this, they are not unlike Intelligent Design proponents who have yet to propose (much less test) a single predictive hypothesis.

Life after death is as absurd as a green cheese moon.  That’s not a statement of opinion.  It’s a Bayesian reality.  The evidence for both is zero, but more importantly, the degree to which we would have to be wrong about the entirety of physics is virtually incalculable.

It’s OK to say it with certainty:  There is no such thing as a soul.

14 thoughts on “Why Life After Death is Absurd.”