A Texas woman recently shot her two children and then killed herself in a state welfare office after a months-long struggle to get food stamps.  It’s a shocking story which casts harsh light on the desperation felt by many of the country’s poorest citizens.  We don’t know precisely what happened to this woman to bring … Continue reading →

Pornography.  To be sure, it’s a controversial topic.  More than a few non-believers feel that pornography is harmful or degrading to women, or that it increases sex related crime.  On the other hand, many believe that it is healthy, normal, and even has positive effects on both individual and societal levels. Thankfully, there is a … Continue reading →

Shania Twain and the Welfare System: America’s Fixation on Beating the Odds.
Posted by Living Life Without a Net ⋅ March 20, 2012 ⋅ 9 Comments

What could Shania Twain and the U.S. welfare debate have in common?  It sounds like the beginning of a bad joke, but I believe there’s something very profound to be discovered in the comparison.  If music is indeed a reflection of our culture, then I believe Shania’s greatest hit reveals a profoundly dysfunctional fixation with … Continue reading →

This is Why it’s Wrong to Tell Women to Cover Their Bodies.
Posted by Living Life Without a Net ⋅ March 13, 2012 ⋅ 5 Comments

This may seem like just another big-haired 80s pop song to you, but it’s way more than that to me.  In fact, I’m going to be a bit self-indulgent and say that this otherwise innocuous bit of music trivia is a microcosm of my coming of age, and a perfect example of what I’ve become. … Continue reading →

Christians are fond of defending the sanctity of Biblical Marriage.  One man, one woman, bonded for life, sexually exclusive, and celibate before marriage.  The thing is, that’s not in the Bible.  In order to find that model of marriage, we have to move much farther forward in history.  If anyone was to take the Bible … Continue reading →

One of the lies peddled by the Christian bigots is that if gay marriage is allowed, it will destroy society.  People will be marrying lambs and sloths, and carp and anchovies, and orangutans and breakfast cereals, and fruit-bats…  Straight marriage will be so corrupted that the “sanctity of marriage” will disappear. The thing is, like so … Continue reading →

It’s very easy for some of us to jump on the anti-consumerism bandwagon.  We look at soccer moms driving their 1.7 kids 2.4 miles to school in their Ford Excessives, and we smugly note that there is not so much as a deep pothole to test their off-road capability.  We rail against the excesses of … Continue reading →

Are Evolution and Intelligent Design Compatible?
Posted by Living Life Without a Net ⋅ June 3, 2011 ⋅ 193 Comments

Many “agnostics” suggest that elements of Intelligent Design are compatible with Evolution.  Why isn’t it possible that there’s both a god who created life AND evolution via natural selection?  This question represents a misunderstanding of evolution. Evolution is dependent on *non-intelligent* selection. That’s literally the whole point.  All the predictions made by evolutionary theory rely … Continue reading →

Sex and Christianity: The Effects of Guilt
Posted by Living Life Without a Net ⋅ May 25, 2011 ⋅ 20 Comments

Among the criticisms being leveled at the recent study on sex and secularism is the assertion that there is no established correlation between guilt and enjoyment of sex.  This is a very odd criticism for anyone who has been both religious and secular.  We know we’re enjoying sex more now that we’re not feeling guilty. … Continue reading →

“Atheist Agenda” is a scary sounding term to a lot of people.  To some, it conjures up images of burning churches and outlawing the ownership of Bibles.  To others, it’s a bit less sinister, but still sounds like a concerted attempt to take away people’s sense of identity as people of faith. In light of … Continue reading →

I received a short email from a reader concerning atheism and guilt.  Here’s the nutshell version:  What do atheists do for absolution?  Whether there’s a god or not, Christians believe that by asking forgiveness directly or of a priest, they experience a spiritual change and receive peace.  And maybe the belief creates the reality, which … Continue reading →

Open Letter to Moderates and Agnostics
Posted by Living Life Without a Net ⋅ May 4, 2011 ⋅ 3 Comments

If you are still riding the fence about whether non-believers are moral people, here’s a little tidbit from the Pew Research Center.  White Evangelical Protestants agree at a startling 62% that torture can sometimes or often be justified.  One out of five thinks we ought to use it often.  Significantly less “unaffiliated” (psst… non-believers) agree … Continue reading →

Are Science and Religion Compatible? A Thought Experiment
Posted by Living Life Without a Net ⋅ April 28, 2011 ⋅ 5 Comments

I’ve been thinking a lot about how to test whether science and religion are compatible.  A couple of nights ago, with the aid of a Johnny Walker Black and soda (it really was in your honor, Hitch… hang in there!) I stumbled on a very simple truth: We cannot use both science and religion to address … Continue reading →

Here’s a truism we’re all familiar with:  The wiser we get, the more we realize how little we know.  It’s especially true of scientific investigation and education.  More importantly, it’s a foundational difference between religion and science.  The hallmark of science is its malleability.  When the data changes, the hypotheses change.  The best scientific thinkers are … Continue reading →

Christianity and Women
Posted by Living Life Without a Net ⋅ April 16, 2011 ⋅ 6 Comments

1 Children, obey your parents in the Lord, for this is right. 2 “Honor your father and mother”—which is the first commandment with a promise— 3 “so that it may go well with you and that you may enjoy long life on the earth.”4 Fathers, do not exasperate your children; instead, bring them up in the training and instruction of the Lord.5 Slaves, … Continue reading →

Have You Read Your Bible Carefully?
Posted by Living Life Without a Net ⋅ March 30, 2011 ⋅ 8 Comments

9 And he said to them, “You have a fine way of rejecting the commandment of God in order to establish your tradition! 10 For Moses said, ‘Honor your father and your mother’; and, ‘Whoever reviles father or mother must surely die.’ 11 But you say, ‘If a man tells his father or his mother, “Whatever you would have gained from … Continue reading →

Pornography and Crime
Posted by Living Life Without a Net ⋅ May 7, 2010 ⋅ 8 Comments

As far as I can tell, this article has been resubmitted for “corrected proof,” which basically means the research was good but the written submission wasn’t up to either syntax or APA standards.  I did a search at my University Library and on Google Scholar, and nothing.  Just the abstract appears to be available.  Still, … Continue reading →

For several months now, I’ve had a profile on OkCupid.com.  No, I will not tell you the profile name, and no, you could not guess it from information off of this blog.  And anyway, I’m honestly not there to find a date.  I am, however, very interested in their matching algorithm, and have spent hours … Continue reading →

I’ve been doing a lot of thinking about the afterlife.  Two questions have been at the forefront of my mind, and I think I can address them both with an observation that just hit me a few minutes ago.  Here are the questions: 1) Does belief in an afterlife provide a measure of comfort to … Continue reading →

PART 2 PART 3 I’m going to break this entry down into multiple parts, posting one per day, as it is quite long, and on reflection, I think it’s too much to ask readers to spend so much time per day on a blog entry.  To that end, if it seems as if there’s more … Continue reading →

Donate to Light The Night

Do You Know What the Bible Really Says About Marriage? 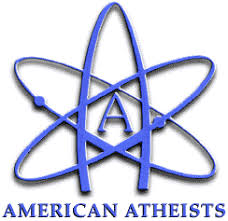 Join the Freedom From Religion Foundation